With a combined 60+ years of commercial and brand licensing experience, gained at a diverse range of large global media corporations, we offer an agile, proactive and reliable agency that can see and create without limits. 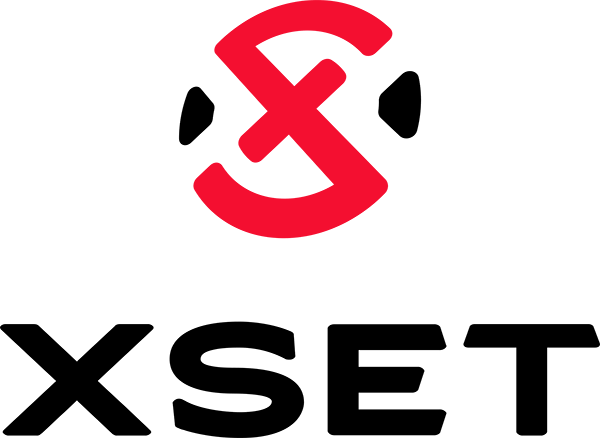 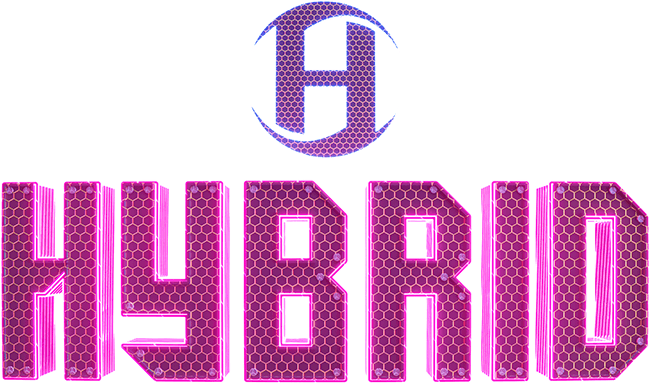 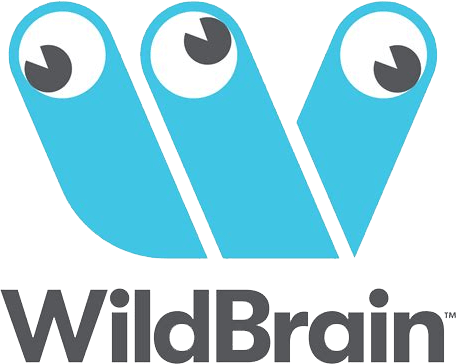 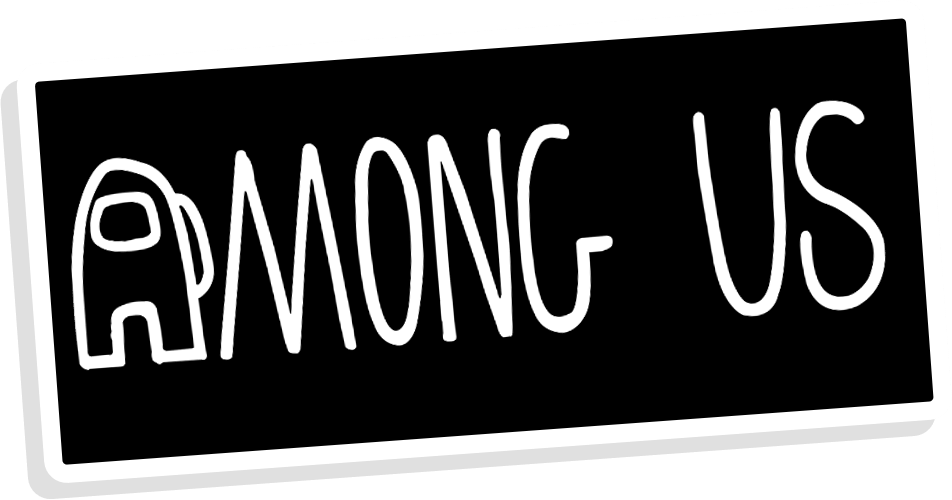 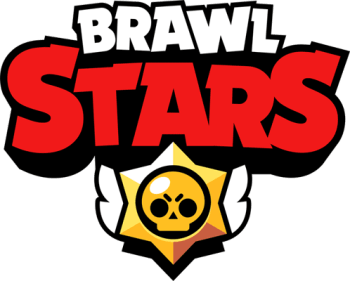 Big Picture Licensing offers an array of services from licensee sourcing, through to contract drafting, brand evaluation, product distribution and development. Below are some examples of these services.

We bring a long-term, lateral, consultative attitude to international trade, where all clients are considered a partner.

​To challenge limitations, we think innovatively and deliver sustainable 360 solutions for all clients.

Whatever your needs, Big Picture Licensing is ready to step-up and partner with you on specific projects, as a traditional Licensing Agent and/or Product Distribution Agent. 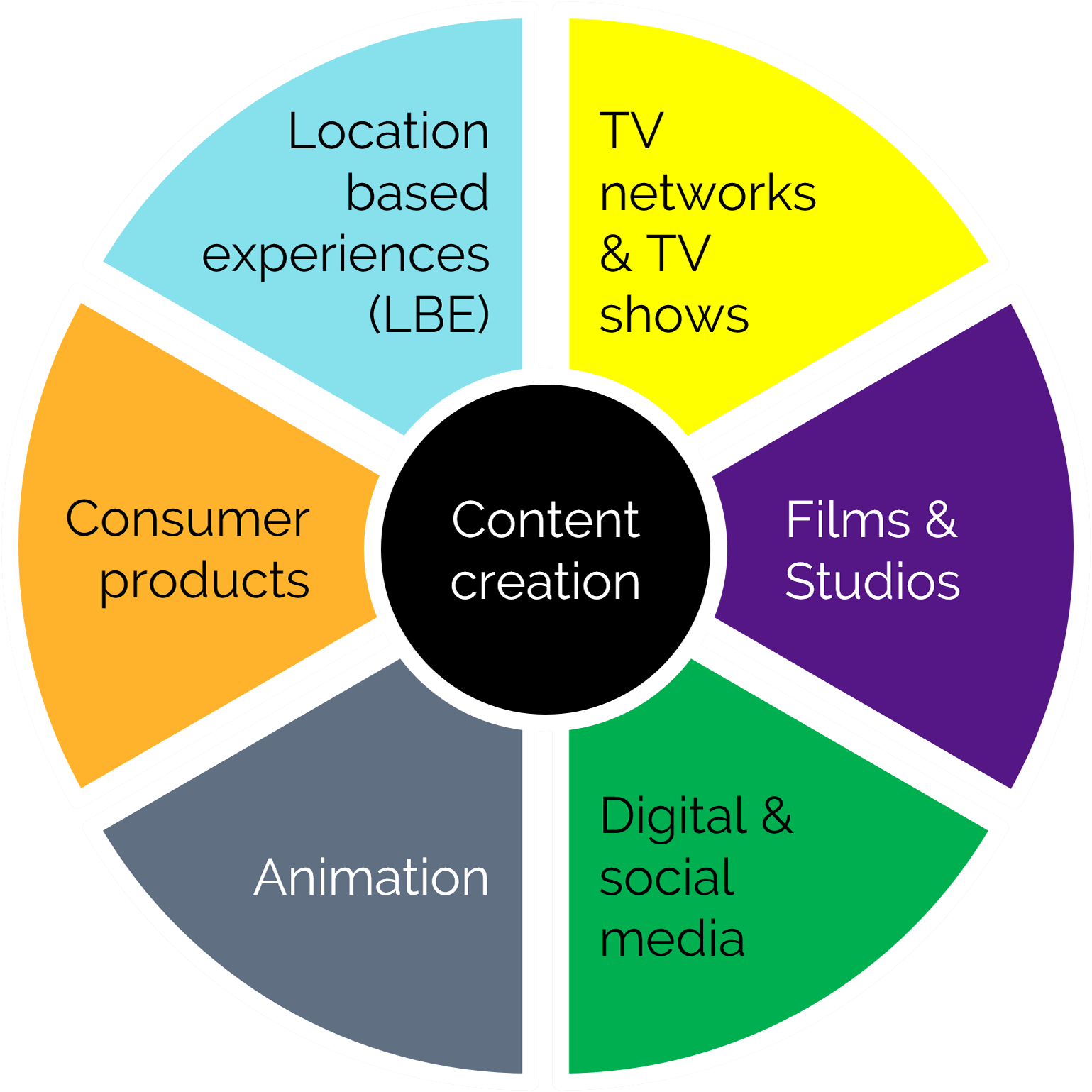 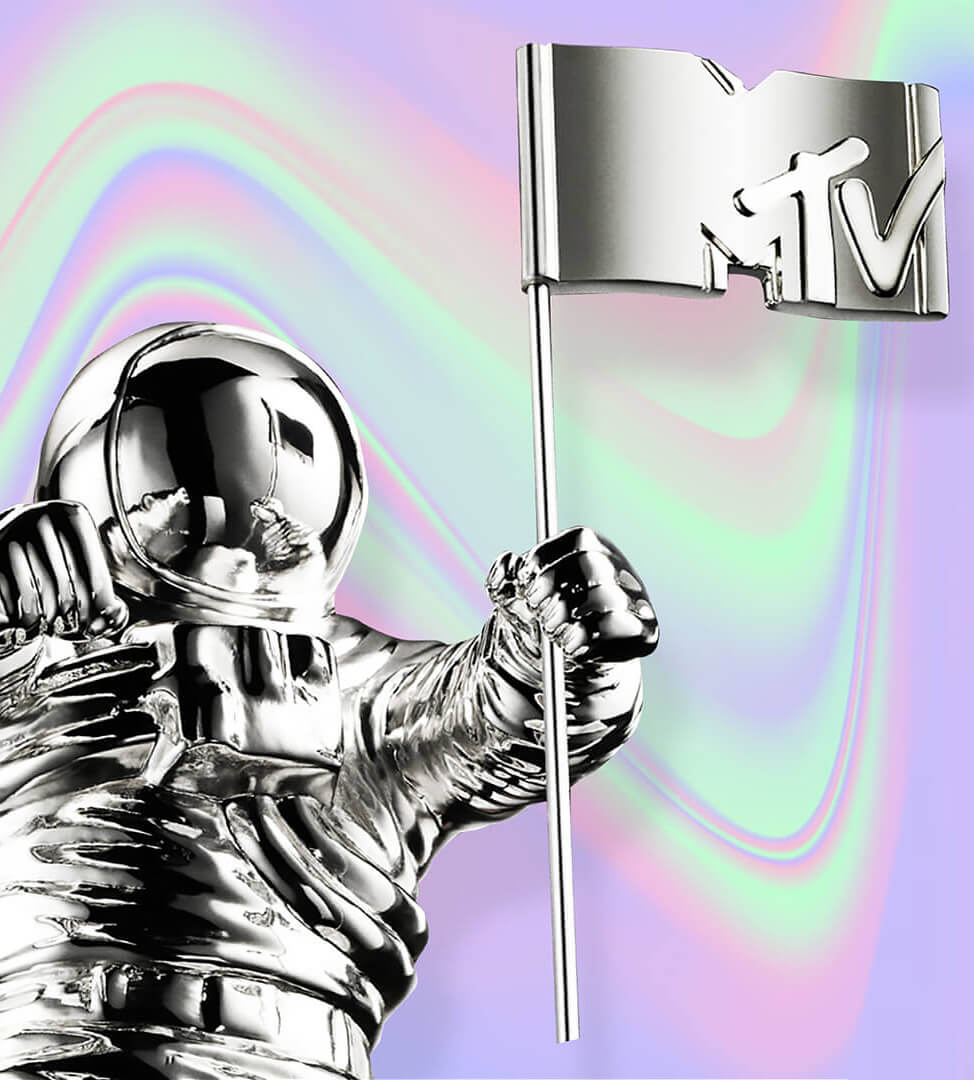 We broker and connect new business opportunities for IP owners, licensees and investors across international markets, with introducer or full-service licensing agent model. We can work as a full-service licensing agent, and also have a ‘skinny agent’ model, where we broker incremental new business opportunities for licensors and licensees for a reduced agent fee.

With the introducer agent model, we act as a ‘plug and play’ resource for licensors, identifying and securing new deals across single or multi-territory markets, with a focus on non-traditional product categories. These categories include FMCG, promotions and technology products for companies who are generally new to the licensing industry.

Big Picture Licensing supports licensees and product suppliers to expand their distribution into new territories and retail channels across EMEA and APAC markets.

We have a wide range of distributor and retailer contacts across EMEA and APAC regions covering a wide variety of product categories. We can search for a viable buyer and, if secured, then broker a deal for you.

Let us help you expand your distribution footprint and advise you on Licensor contract amendments to increase your territory rights. 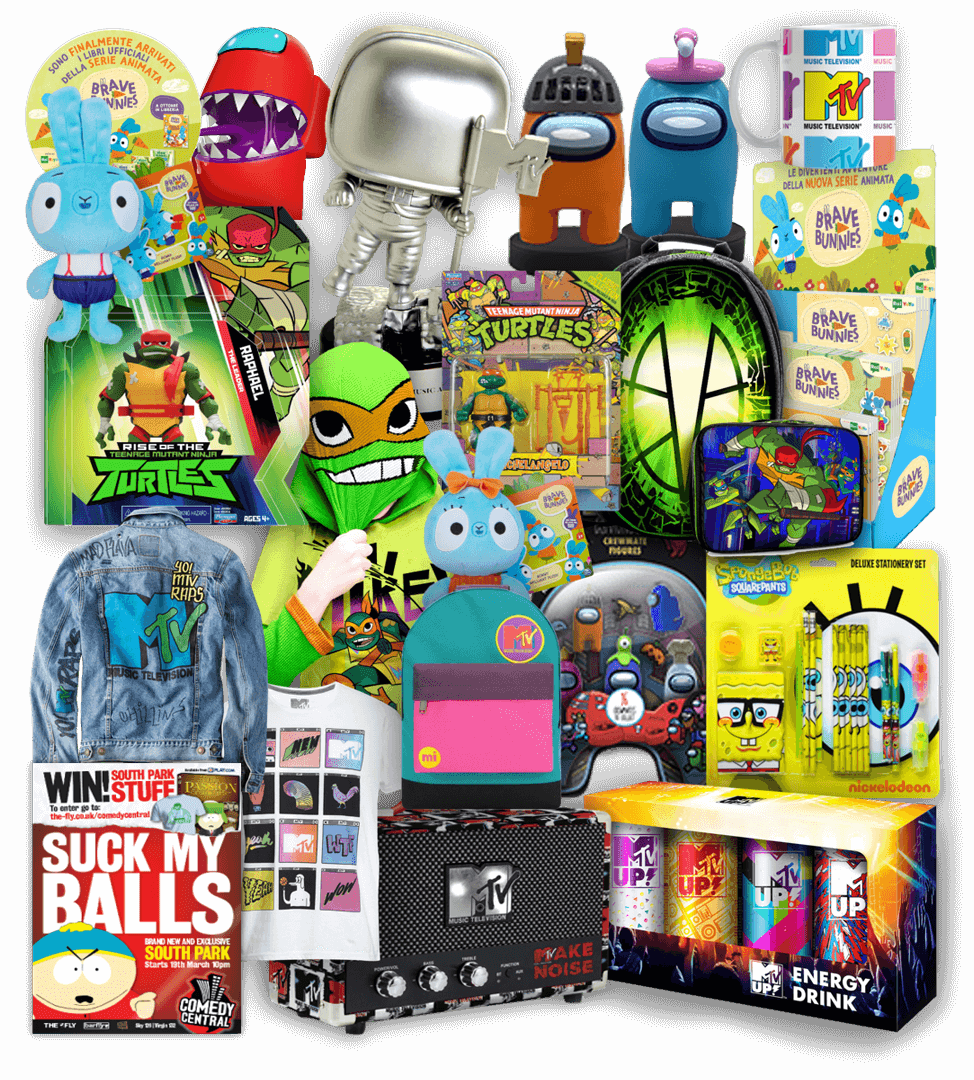 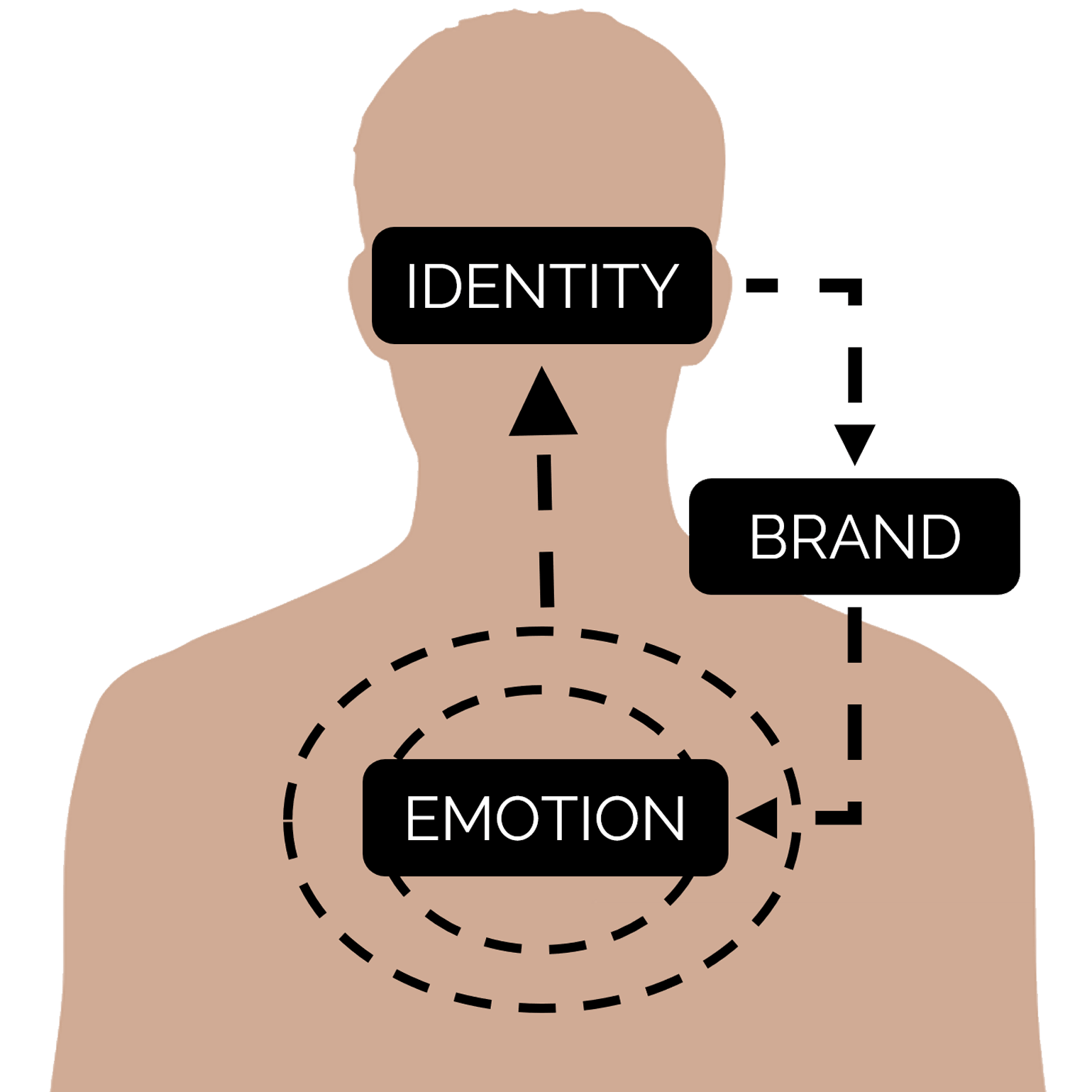 We offer support with LBE rights between IP owners and new licensees around the world to secure the right brand for the territory and an experiential business model. We believe that when a consumer interacts with a brand in the physical world, this opens a unique emotional connection between brand and consumer. Consumers require meaning, feeling and a sense of belonging,

This is particularly the case with Millennials (1980-94), Gen-Z (1995-2015) and Gen-Alpha (2015+), who value experiences above all else to create memories and brand associations that will last a lifetime.

We create and deliver bespoke retail loyalty promotions and strategy for clients.  With insights into IP, product categories and promotional programs for brand owners, mass retailers & Loyalty promotion specialists across all international territories and retail channels.

We work with clients to develop full brand licensing plans for IP, products and services to plan an effective route-to-market and a 360 licensing strategy.

Bespoke training services are available on both a one-to-one and a group basis, giving insights into the licensing industry from the basics, through to advanced processes, territory knowledge and industry connections.

Our team have delivered a number of keynote speaker engagements around the world including the Las Vegas Licensing Show, India Licensing Expo, Licensing Russia and Korea Character Licensing Fair (KCLF). 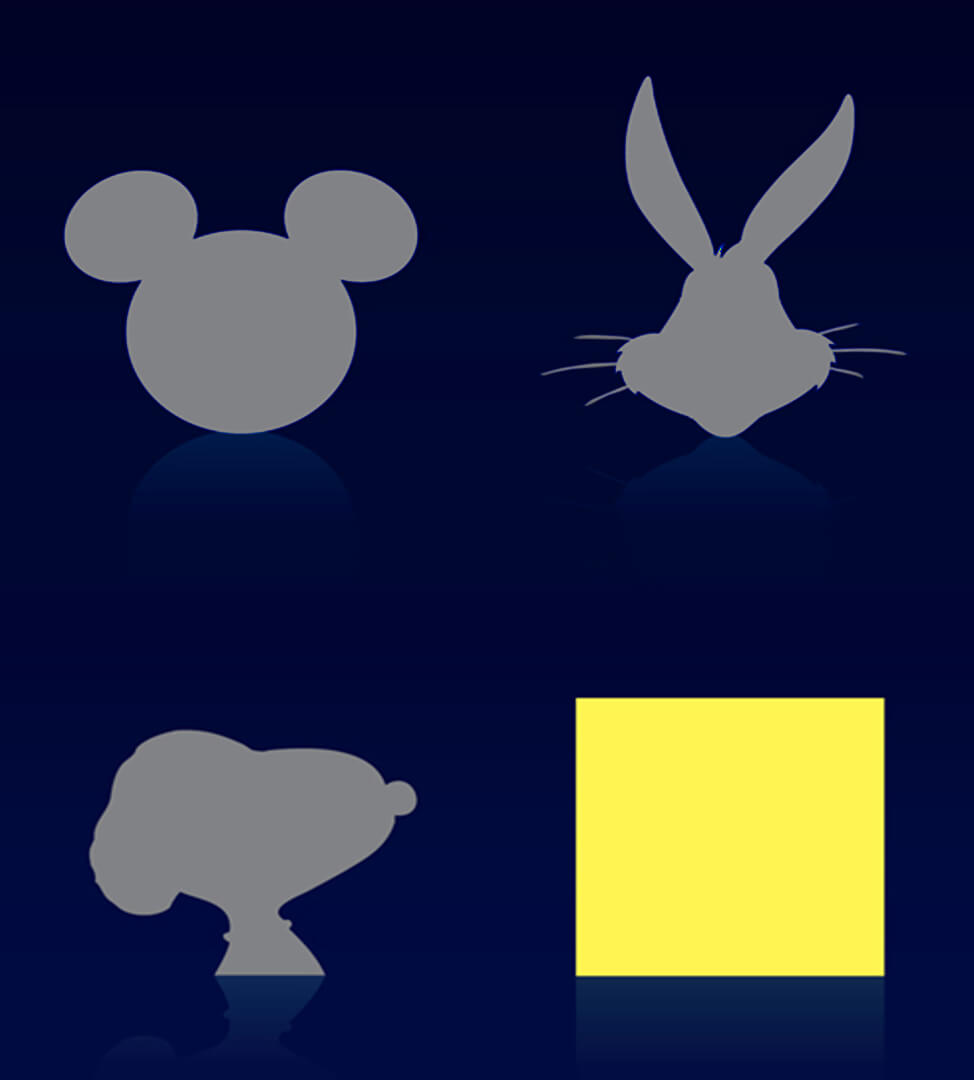 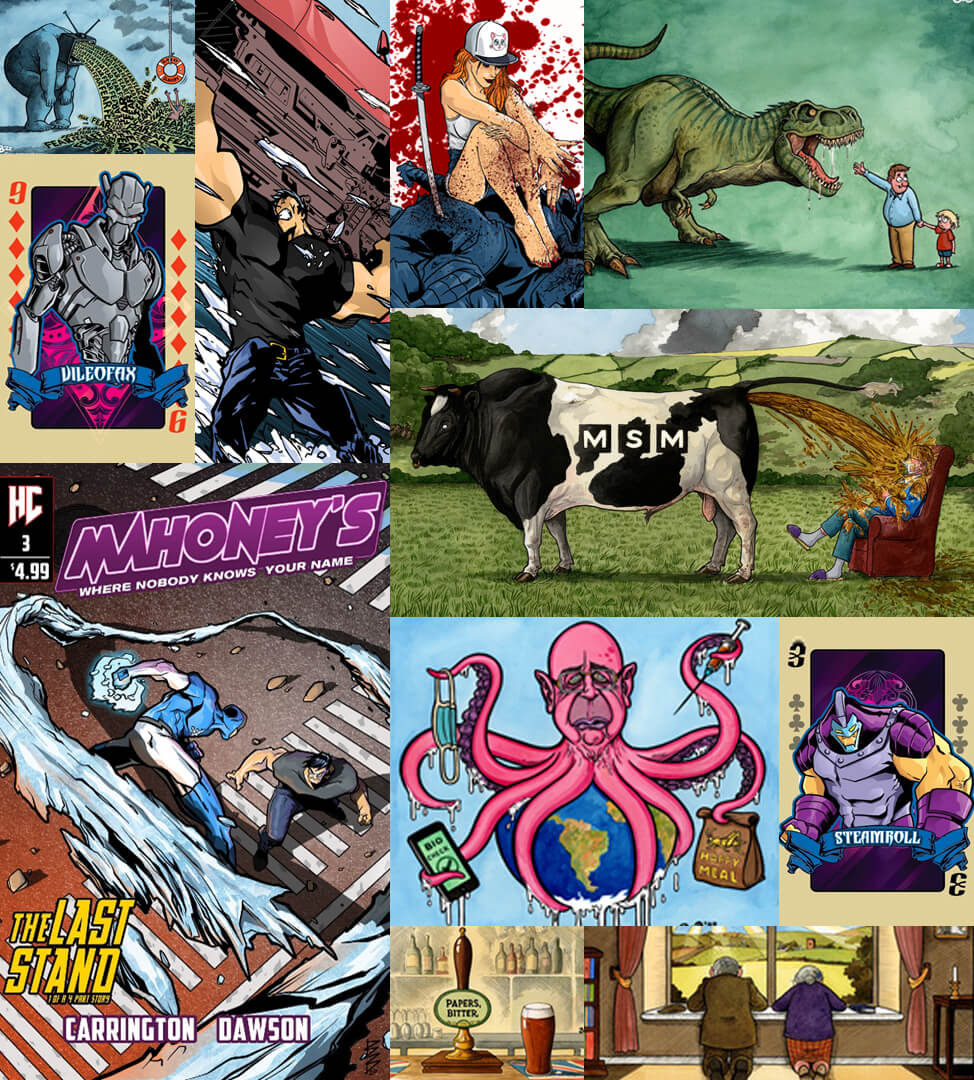 Both these artists create artworks that challenge and subvert narratives in their relative spaces. BOB was national newpaper The Telegraph’s infamous resident political cartoonist for 11 years and now works with the Democracy Fund. We have extended his brand into Apparel lines new in 2021.

Mahoney’s is an innovative and subversive take on the super-hero genre that revolves around a super-villain bar ‘where nobody knows your name’. We have now secured a new paperback publisher to bring the latest series to a global audience. Next up is an eye on securing a production deal to bring Mahoney’s to the screen.

We love brands! To challenge limitations, we think innovatively and deliver sustainable 360 solutions for all clients. 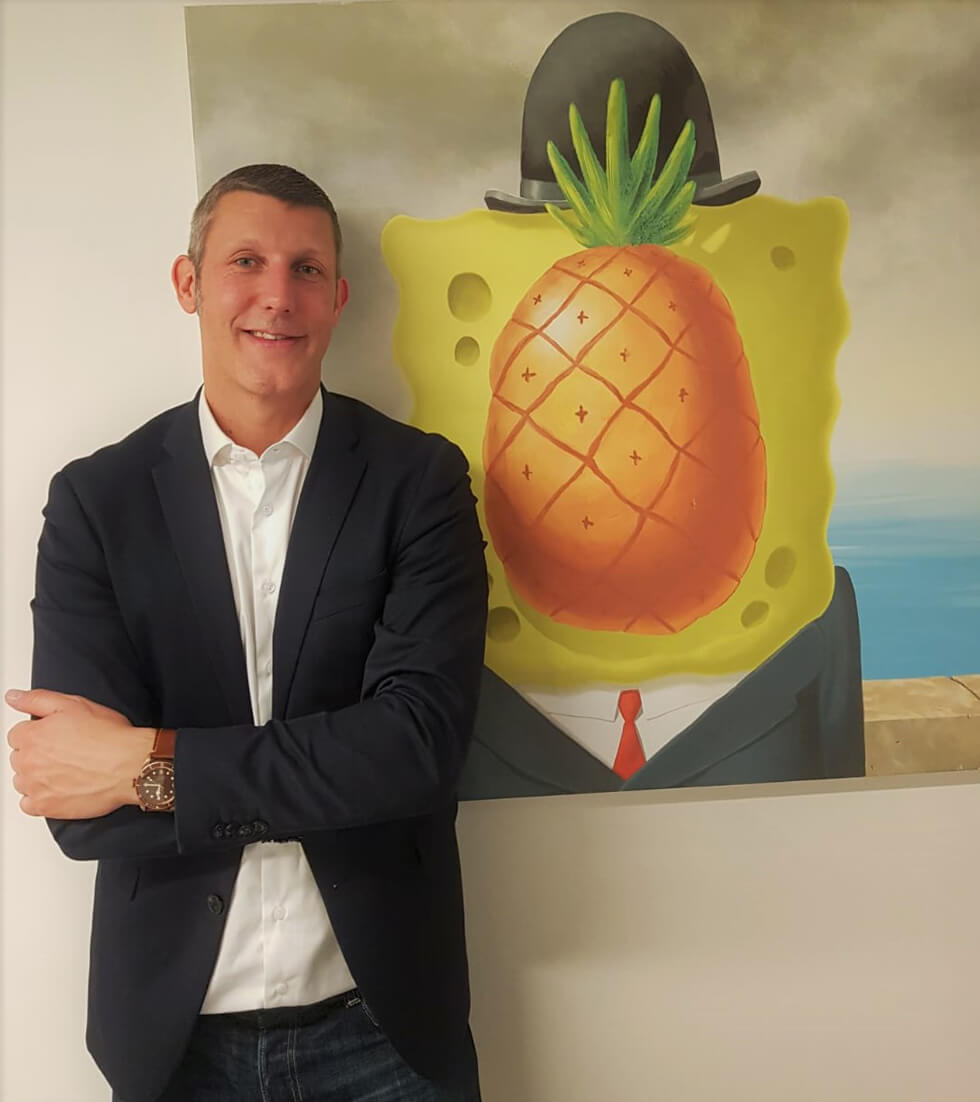 Dan worked for Viacom Nickelodeon Consumer Products, based in London from 2010. He left the company in 2018 as Vice-President, International Licensing & Business Development.

Dan has worked across International markets in the brand licensing industry for the past 17 years and has extensive experience of establishing brand licensing businesses in developing territories and building solid foundations for sustainable revenue growth. He has managed vertical Licensing businesses with a client direct model as well as Licensing Agent model across many territories within the UK, EMEA, MENA and APAC.

With extensive Licensee contacts in all key territories and product categories, Dan has travelled frequently for many years across emerging markets on business along with more mature markets within Europe / APAC and rest of the World (54 countries and counting).

Dan has a Post-Graduate Degree in Education & has delivered keynote presentations around the world on business, as well as for Licensing International in India, USA and South Korea.

In 2018, he founded BIG PICTURE LICENSING as a bespoke Licensing agency to help all clients identify and secure new business opportunities as well as offer licensing training modules where companies can learn the insider trade secrets of the International Brand Licensing Industry. 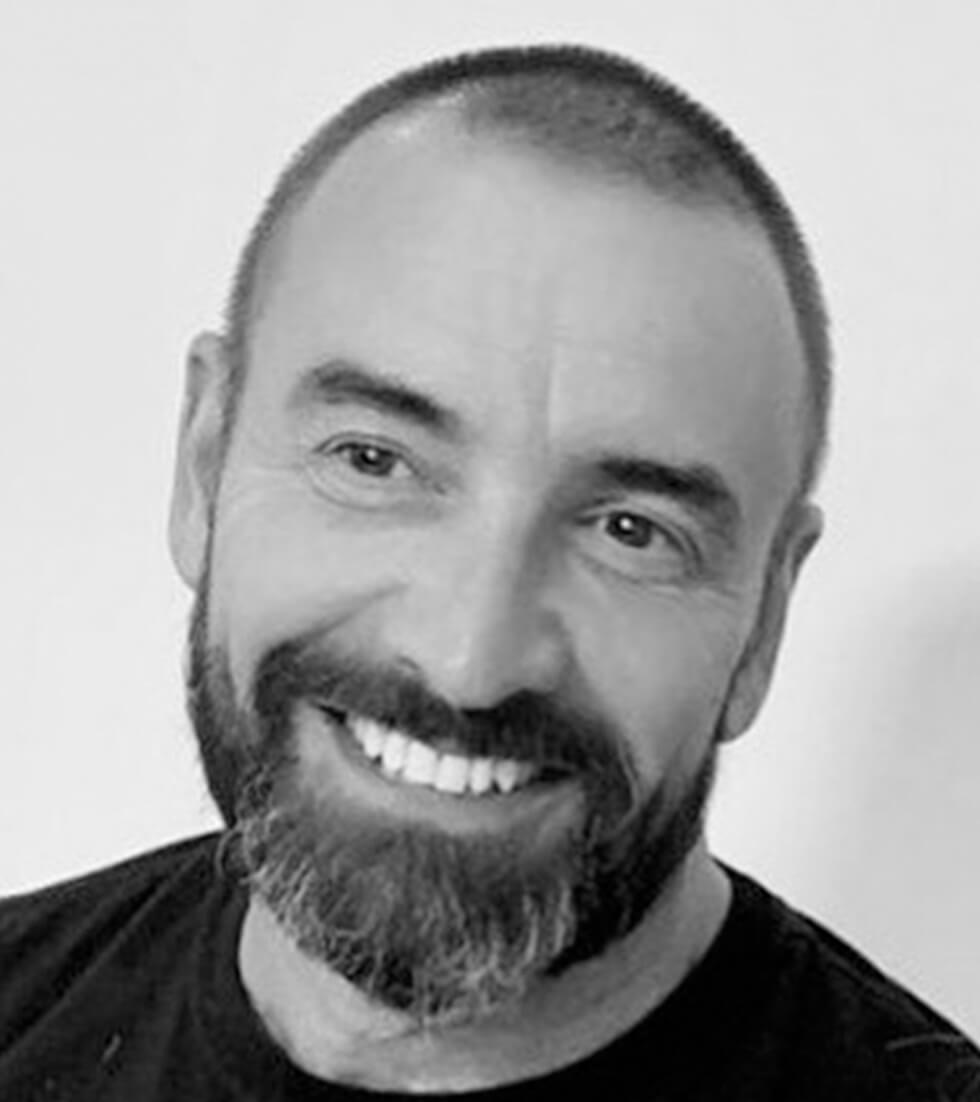 Chris has a proven creative and commercial track record of identifying brands & innovative products, ideally combining both, with huge success across multi-territories with international retailers channels.

Chris began his career with the world’s most successful and longest running loyalty program at McDonald’s, designing and delivering 35million ‘Happy Meal’ toys, every month, across 30+ European markets in 22 languages.   In 2002 he moved to Munich to work with FIFA Marketing on the official merchandise rights for the Germany 2006 World Cup.  The program he created increased official revenue from $10m in Japan/S.Korea 2002 to +$120m in Germany 2006. He then returned to the UK to join The Continuity Company (TCC), a global loyalty agency & led an international team with responsibility for global media owners, incl. DreamWorks, SONY & Viacom.  He also delivered Sports licenses, global talent IP, National Football Associations and Football Leagues incl. adidas, The FA, DFB, Eredevisie, & the Brazilian legend Pele.

Chris then joined the agency 1966 as CMO and oversaw the IP rights of the England Football Team and Pele himself, designing and implementing the delivery of +4million licensed footballs across Europe for the Brazil 2014 World Cup.

He joins Big Picture Licensing after working with Dan as licensor, client and friend, with the focus on securing new Sports, Fashion and Entertainment IP specifically for the global loyalty sector, incl. retail channels and loyalty agencies. 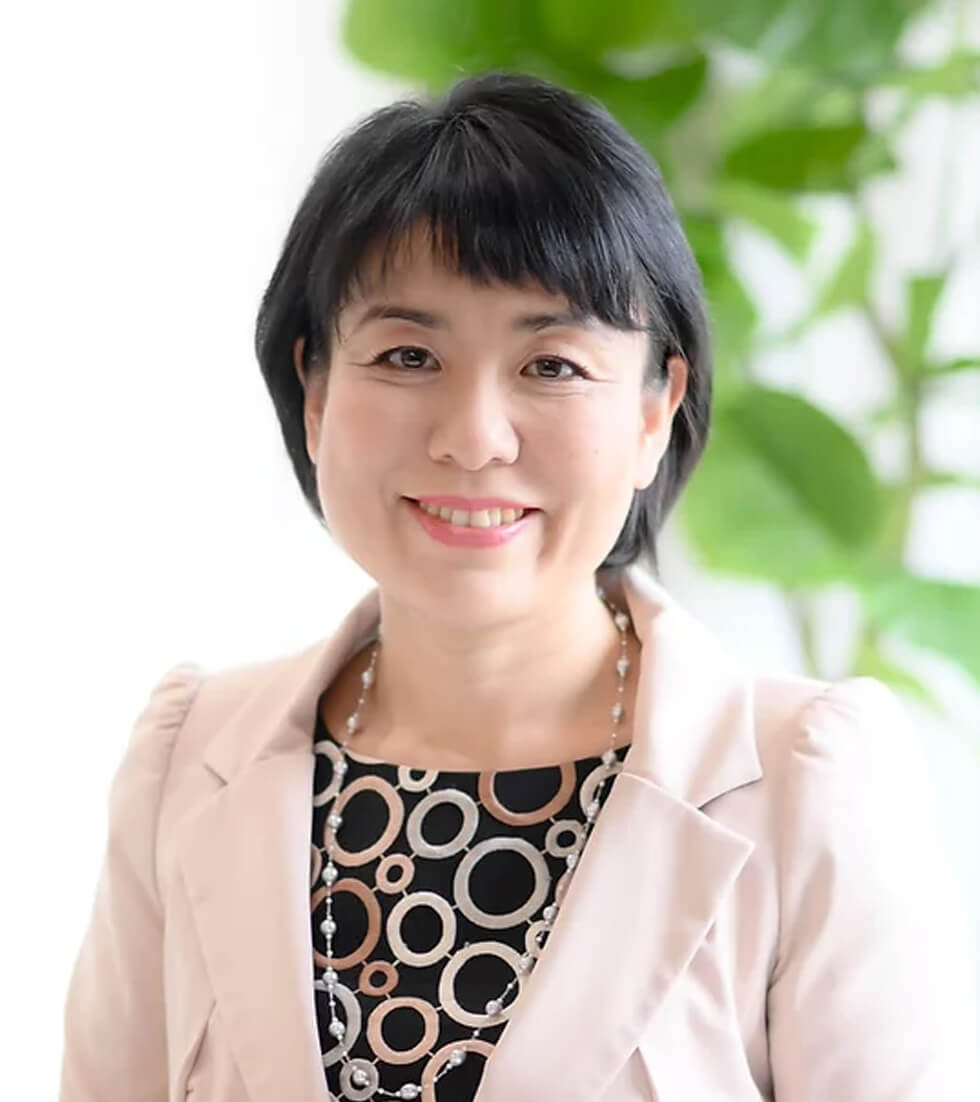 Ikuko grew up in California until returning to Tokyo, Japan to attend middle-school. Growing up with a western, out-going American mentality and having experienced the transition to the subtle, “follow the crowd” Japanese culture, Ikuko decided to major in Philosophy at university to better understand and bridge western and Japanese culture.

Ikuko was appointed as President of Axis Euroasia Ltd in 2005 where she co-produced Appleseed Ex Machina with John Woo, Shinji Aramaki and Digital Frontier Inc.

From 2011 to 2015, Ikuko was the Head of Licensing, Head of Global Sales and co-producer at d-rights Inc.  Her team brought phenomenal success to the Beyblade – Metal Fight series through creative business solutions between TakaraTomy, Hasbro and brand licensing agencies and broadcasters around the world. At ASATSU-DK Inc, Ikuko spearheaded the evergreen property Crayon Shinchan and its first ever APAC Brand Summit.

In 2017, Ikuko founded Creative Minds LLC with the aim to evolve existing business models with a creative mind solution through clear communication channels and building a strategic network between Japan and the wider APAC region and the rest of the world.  In 2019, Ikuko and Creative Minds formed a strategic partnership and affiliation with Big Picture Licensing to develop and open new product distribution markets as well as provide valuable insight into the APAC region.

“Dan’s entrepreneurial spirit, coupled with his ‘can-do’ attitude makes him a hugely successful team member who consistently delivers results and creates new opportunities and openings. Dan has a broad and deep understanding of the nuances of licensing and the complicated regions and partners he manages. He works well with peers and support functions to ensure projects are delivered and revenue targets over-achieved.”

“I have been working with Dan as an agent for more then 4 years and it has been a truly pleasant cooperation. Dan has the capability to make things look easy when in reality they are not. Never a bridge too far or mountain to high. His fun and engaging personality make him great to work with and his professionalism in spotting opportunities, motivating people and breaking barriers is second to none. I have celebrated big victories with Dan and hope to be working with for a long time.”

“I have known Dan for over 12 years and have been fortunate enough to work both directly and in tandem with him across the Licensing industry. A passionate professional, Dan brings his infectious enthusiasm and entrepreneurial approach to every project. In addition, Dan’s ability to adapt his approach in order to deliver on the objective makes him a pleasure to work alongside!”

“Viacom has been one of Sambro’s key strategic Licensors over the years which is down to the high quality Nickelodeon IP as well as their team. Dan always has a positive can-do attitude to business and life, he is well respected and known in the Licensing industry, gets things done and is clearly an expert in managing emerging markets and new business development. Dan is a pleasure to work with and I can fully recommend him to all.

“What I really appreciate about Dan is his ability to pivot and quickly adjust to whatever may get thrown his way: he is quick to step into a panel function as needed, help colleagues- even sometimes rivals sort through challenges, etc. This flexibility reflects agile thinking and creative problem solving. It also reflects a strong work ethic and commitment to his industry colleagues.”

“I worked with Dan for several years at Viacom and always found him to a great commercial operator, with a refreshing focus on cutting through extraneous issues and getting to the business end of any deal. Added to that he has a consistent can-do attitude and is great fun to be around. A valuable addition to any commercial team.”